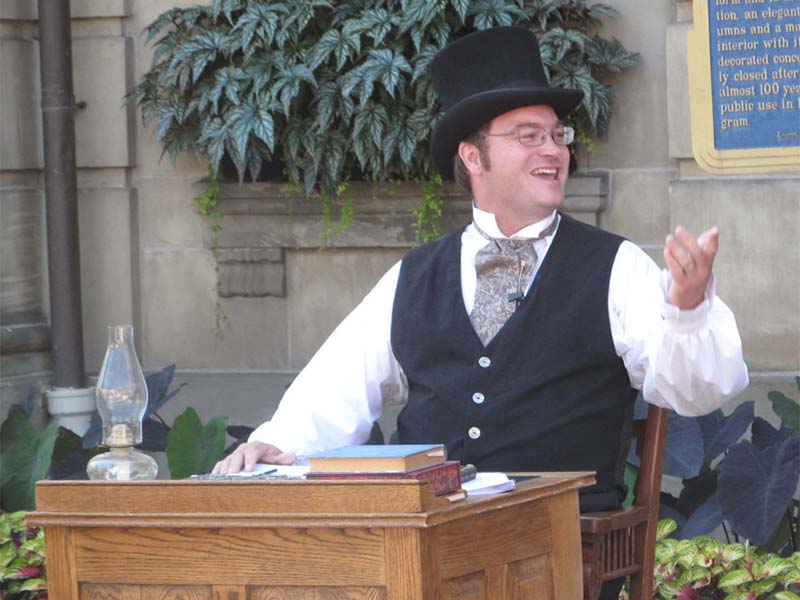 Happy Birthday, James! A special interview with a Father of Confederation, first speaker of the House of Commons

Posted on February 13, 2021 by Robert Washburn | Leave a comment The Hon. James Cockburn, Northumberland County’s Father of Confederation and the First Speaker of the House of Commons.

This is going to be a very special interview with Consider This Northumberland. It is meant for a different audience. I am hoping there are lots of young listeners today. I have an extraordinary guest just for them. Now, you may be a kid in a classroom or a youth studying at home, or a young person at heart. This interview is for you.

My guest is the Hon. James Cockburn, our local Father of Confederation and the first speaker of the House of Commons. He is here because it is his birthday on Feb. 13. He would be 202-years old. Usually, Mr. Cockburn would be involved in a special local history day for school children at Victoria Hall in conjunction with the Cobourg Public Library. But, he is not able to participate this year due to the pandemic. So, he generously agreed to come on the show. Here is that interview.

A special thanks to Rob Franklin, a member of the James Cockburn Society, for arranging this interview.

Sticky: The Honourable James Cockburn Warts and All: A friendly chat about a local historic figure

James Cockburn Day is going to be different. Usually, the James Cockburn Society participates in a weekend full of local activities to help raise awareness about the Hon. James Cockburn, a Father of Confederation and the First Speaker of the House of Commons. Its purpose is also to increase people’s knowledge of local history in Northumberland County.

For many years, Rob Franklin has portrayed Cockburn in several plays at Victoria Hall and the Cobourg Museum. Due to the pandemic, the Society decided not to do a performance this year.

Instead, we would like to facilitate conversations about local history.

In recent weeks, news reports of protests by Black Lives Matters and Indigenous groups question whether statues of significant historical Canadian figures like Sir. John A. Macdonald and Egerton Ryerson should be removed. Locally, a statue of Lt. Col. Arthur Williams in front of Port Hope town hall has created a stir.

These groups and others challenge our notions surrounding the records of these people who are aggrandized through statues, public monuments, and other honours. The role of these people in the genocide of Indigenous people tests the standards by which we, as a society, see their contribution to Canada’s formation.

This shines a light on our views of people in the past. So, we are going to have a discussion about how we see historical figures using our very own James Cockburn and others as examples. We are calling it: The Honourable James Cockburn Warts and All: Seeing the humanity in people from our past.

We hope it will give you some food for thought.

Posted on July 28, 2020 by Robert Washburn in Special Events 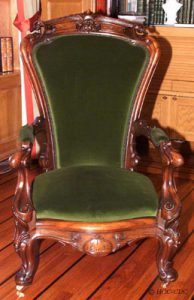 This is the original speaker’s chair for the Canadian Parliament in 1867, used by the Honourable James Cockburn. It was bought for the Province of Canada in 1863 and moved to Ottawa after Confederation. It was used until 1873 when it was replaced. It is made of Walnut with velvet seat covers. The design is Gothic, meant to match the architecture of the building. Cockburn kept the chair when he retired and remained within the family until it was donated by his great-granddaughter, Helen Sprott in 1983. This chair will be displayed in the James Cockburn Room of Victoria Hall. For more information, check out these two news stories from Northumberland Today and Northumberland News.